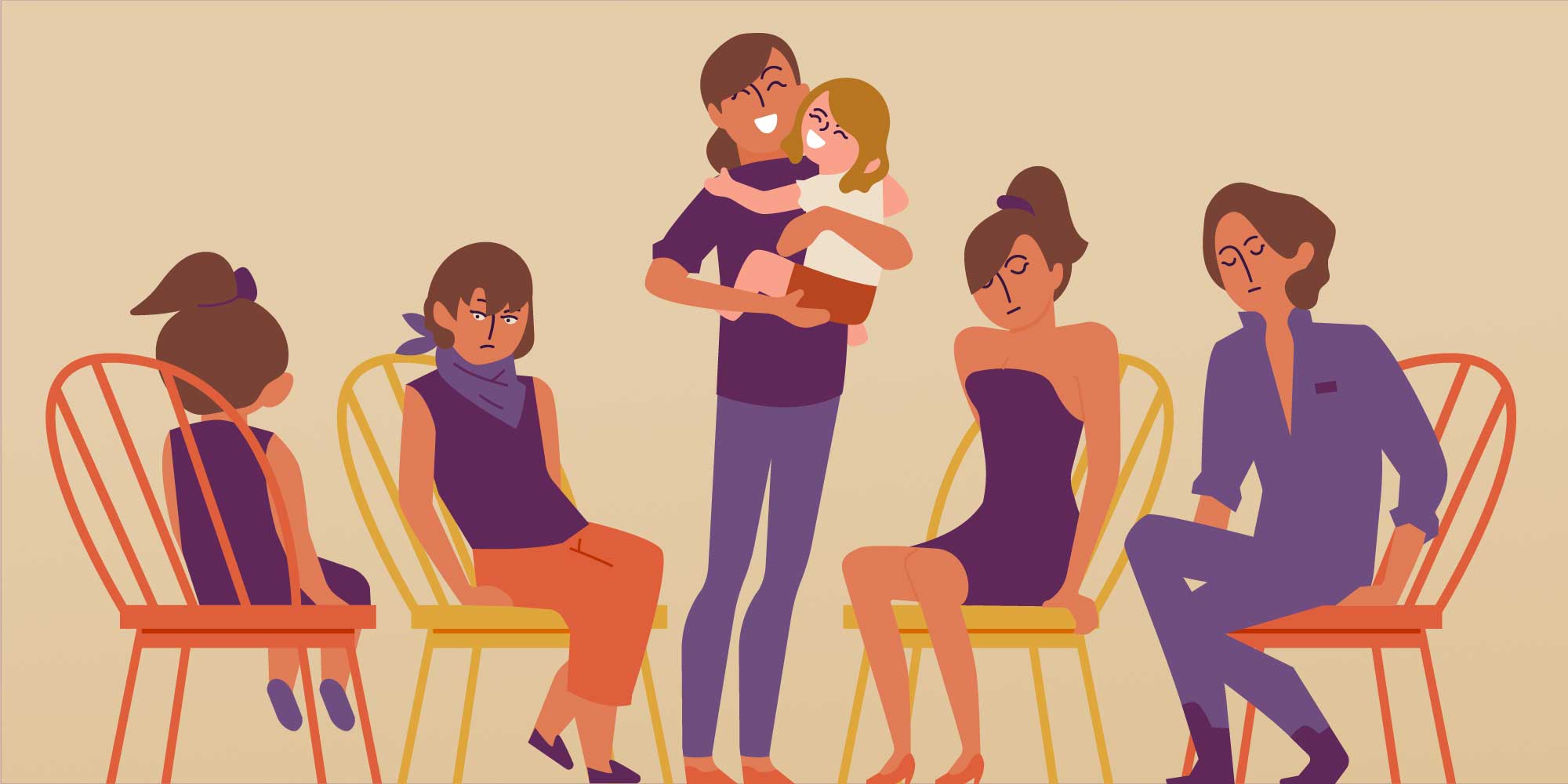 In her words, this is the story of an Intention Inspired member's journey from a pit of despair and depression to following her dreams and being a mom her daughter can be proud of. She would like to remain anonymous… 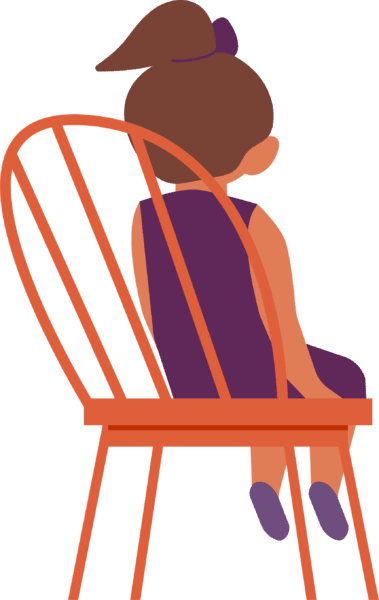 A time of self-discovery and transition. More responsibility, more freedom, more interests. New friends, secret crushes, school dances, and overnight field trips. Cliques are formed, bonds are broken. Bullies arise and jocks take charge. It is the starting point of the most memorable years in a person’s life. So why on Earth would a person literally set fire to every physical memory they ever received from their school days?

I have always wanted to be “That Girl”…the most beautiful and popular of them all. Cheerleader, of course, honor roll, had the latest fashion trends and hairstyles. Well with all of those fabulous qualities, it only makes sense that she dates the hottest guy in the school who just happens to be captain of the football team. Typical “That Girl” story right? Now take all of that and flip it…Yep! You guessed it…”This Girl!”

The year was 2001. I was a tiny, tomboy Cali girl who moved to Atlanta. I was a late bloomer, but intellectually mature. Inside I was still an elementary kid who loved playing with dolls, secretly, and wrestled and played ball with the boys. I enjoyed reading and never owned anything name brand. I watched television shows dating back to the 1940s. I also enjoyed the Nickelodeon 90s classics and listened to Britney Spears and Backstreet Boys. That was probably the only thing I had in common with my peers.

My grades were good enough to get me by, but as a result, I was punished for never achieving A’s and B’s. No television, no dessert, no outside time. I was spanked and sent to my room each progress report. I spent a lot of time inside those dreaded walls. It damaged me, but I was raised to respect my elders no matter what the circumstance. In my mind, it was never okay to share your thoughts or feelings. I was not allowed to fight for anything because I believed the world is the way it is and I cannot change it. I lost my motivation. I stopped caring about school; I stopped caring about life. I did not know of suicide at the time, but I always wanted to die as a means of escape.

I never learned to become social. As time went by, I became accustomed to my life schedule; wake up, school, get bullied, picked up from school, go to room, eat, bathe, cry myself to sleep, repeat. On the rare days when my punishments would fade, I received my privileges back. One of these times ran into the movie premier of ‘Harry Potter and the Sorcerer’s Stone.’ I related to Harry and attached myself to the series. It was one of the only things that brought me happiness.

Most could not understand my interests, so instead of asking me or learning about them, they expressed themselves through anger. I was talked about, yelled at, hit, kicked, and cursed at. I was called a gang banger (I guess because I enjoyed wearing bandanas?), a witch (because of Harry Potter), and a b**** (I guess to put a twist on the word witch). In fear of getting in more trouble at home, I kept my problematic days to myself. I was hopeful that high school would bring better days. 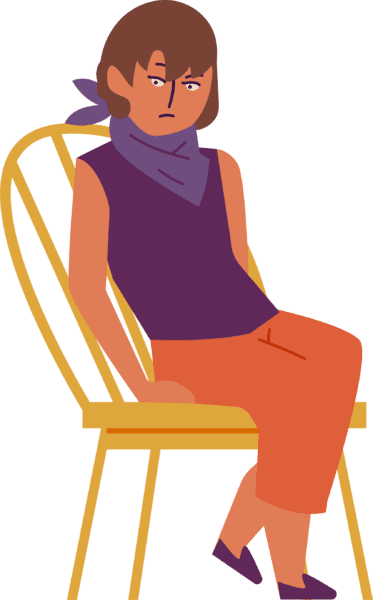 The same story as Middle School except with bigger kids. I spent most of it trying to figure out why “This Girl” was having a difficult time becoming “That Girl”. I tried everything to be accepted. I changed my hair, I begged my mom for my first pair of name brand shoes, I tried to speak slang (I speak like Malibu Barbie so you can imagine how that one turned out), I tried to dress up more, but absolutely nothing was working. My suicidal thoughts were not as heavy as they were in middle school, but only because I knew college would be my means of escape. I did not even care what my major was. I just wanted to find a reason to keep living.

Full of great friends, parties, alcohol, noodles, debt *cough cough*, and all-nighters. It was worth the wait. I entered college at seventeen, so I was the baby of my group of friends. Yes! I had more than three friends for the first time! Everyone wanted to “big sister” me. My first roommate became my best friend. She would be there for me through the ups and downs. From a best friend to groups of friends, I was loving life. Strangers were saying hello, I was invited to study sessions, guys wanted to date me, and I was the hottest dancer at parties. “This Girl” was finally turning into “That Girl”! I was loving my new found attention. I began to feel more comfortable with myself. I embraced my skills and interests. I was finally happy. 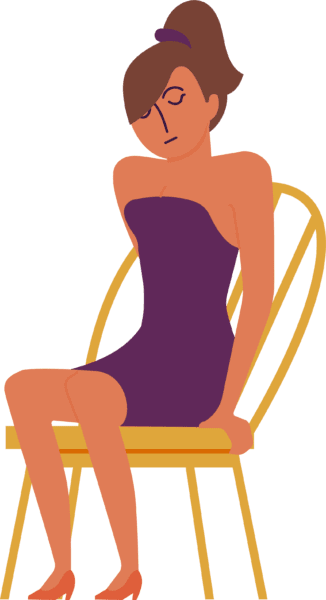 As mid-terms began, I was asked to more and more parties and outings. I began to miss class to be with friends. Although I was concerned for my grades, I was happy being happy. As with every happy story, there is a dramatic downfall. Still age seventeen at the time, I was raped by a man who made it his mission to take my virginity. At the end of that semester, I was kicked out for low grades. I returned and was kicked out two more times that following year. After being raped, I just was not the same. I never asked for help or went to counseling. I thought I was just supposed to deal with it. Once I returned back to school, I was trying to work on my self-discipline, but I did not have the energy to. I was completely lost…

As the semesters went on, life became more difficult. My grandfather died, then my uncle died, then my college best friend revealed that she had Leukemia. I was by her side when she died.  A month later, I lost my unborn baby that I only knew for one week. After that, I attempted suicide more times than I can count. I became so sick and weak because I kept everything to myself. I have used the words “I’m fine…” in almost every other sentence. It came to a point where I decided to go against my mother and make the decision to leave college. I was just wasting time and money. 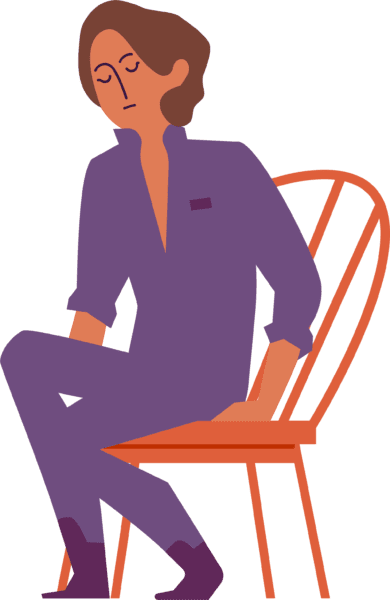 A year after losing my Angel, I tried to find my self-discipline. I began to train myself for Air Force Special Ops, but was convinced to apply for the position of a flight attendant by an old friend. I began working for American Airlines and attended flight attendant school. One of the best careers out there! I was making great pay and new acquaintances. I was living the “fast life”, but my heart was still empty.  With a vulnerable heart, I met my best guy friend at the time. Long story short, I bought a motorcycle and found out we were having a baby one week later. With the news, he left us. I became overwhelmed and called the suicide prevention line. That was the last time that I would ever need to call that number…

My daughter will be two years old this summer. I was on anti-depressants my first trimester. She gave me that initial drive I needed to better myself. Then I found Intention Inspired! With the help of their daily guided journal services and engaging personal challenges, I am completely off of anti-depressants and am working towards my dream career as a Stunt Woman. Intention Inspired did what my daughter did, gave me hope and that extra push I needed to better myself. My life is changing for the better. I AM HAPPY. I have a long journey ahead, but do you know who is going to make it? You guessed it…”This Girl!”

We're so proud of you Stunt Mom!  By spending a few minutes focused on one's purest intentions and watering those seeds of intention, amazing things begin to grow in our lives. Try it out for yourself by signing up for 30 Days of Brave. 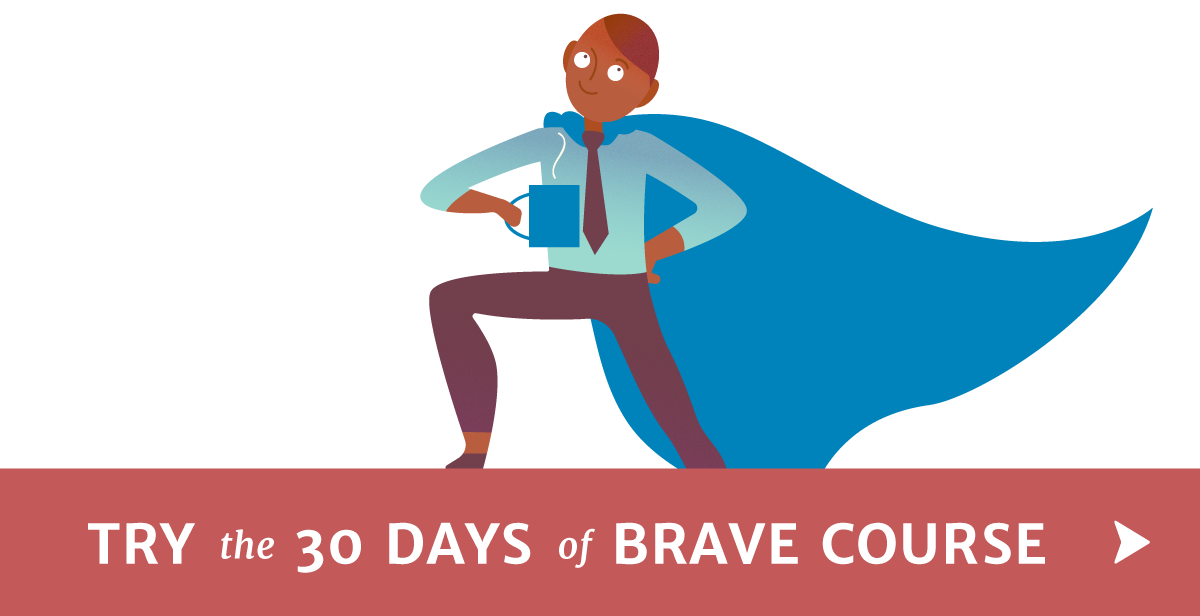 If you or someone you know is fighting severe depression or having thoughts of suicide please send them HERE.

Disclaimer: Intention Inspired is a provider of online and mobile digital content in the health & wellness space. We are not a healthcare or medical device provider, nor should our services be considered medical advice. Only your physician or another healthcare provider can do that. While there is third party evidence from research that the type of services we offer can assist in the prevention and recovery process for a wide array of conditions as well as in improving some performance and relationship issues, we make no claims, representations or guarantees that the services provide a therapeutic benefit.