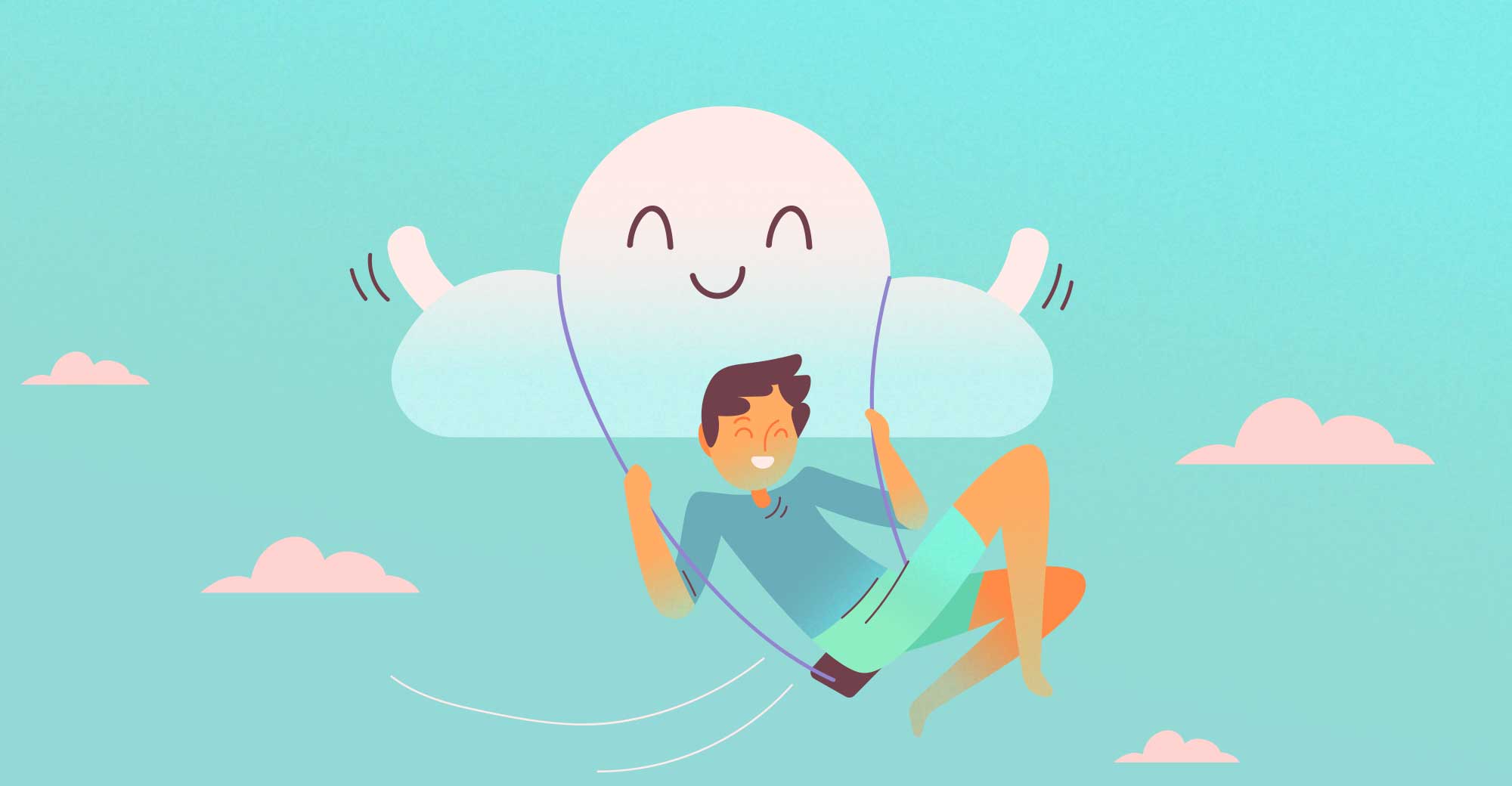 This wasn't out of the ordinary for Audrey. Throughout her childhood, she was always her authentic self. She saw no other way to be. She wasn't afraid to follow the inspirations of her heart. Even when other children teased her for dancing, Audrey stayed true to herself and still showed up and danced at middle school events. During high school, she was not afraid of what her peers thought and did not change how she behaved to please them. For instance, one time another girl made fun of her clothing and the next day she came into school in a pink tutu with black leggings.

In college, she burst out singing a rendition of “Don't Stop Believing” in a bar full of strangers. People were skeptical only for a second and then the entire bar was inspired to join by singing and dancing themselves. They were enlivened by Audrey's joyful, confident spirit. She then graduated college and went on to take a career she loved by opening up her own dance therapy studio. She didn't marry until the age of 37, but it was to a man she truly loved and who truly loved her…as she was…quirks and all. She was married for 50 years and on her deathbed reported not regretting a single day in her life.

Does anything stick out to you about Audrey's life story?

It should because here is what actually happened. Audrey was fearlessly herself until around the age of 6. Then she started to catch on that if she did certain things she was treated like a good little girl by teachers, friends, and parents, but if she engaged in other actions, she was told to quiet down or was teased and laughed at by others.

She slowly learned that expressing herself was risky because it was sometimes associated with emotional pain and embarrassment. So she stop singing. She stop dancing. She stopped leaning into her innate imagination and creativity. She took a safe, secure office job after college and ended up on antidepressants and burnt-out by the age of 35. She was married and divorced three times. She had always dreamed of touring Italy, but by the time she had enough money or time to do it, she was 75 and physically unable to make the trip because of the trouble she had with her knees.

Does this rendition of Audrey's life story sound more familiar?

Ok. Ok. Here is the real truth. I swear. The only part of this article that is true so far is that there really is an amazing little girl named Audrey who did indeed have a poop-themed party. (There was not really poop there in case you were wondering. It was completely sanitary).

Audrey still is only 3. I was so touched by how her parents, after some consideration, just allowed their daughter to be herself authentically. They didn't try to make her feel bad, wrong, or outcast because of her idea.

What really struck me though and inspired me to write this article is when I read that Audrey's mom said, “I just love how confident she is. She’s just always herself. When she’s older she’ll have plenty of people trying to tell her what’s cool and what isn’t. We just wanted to embrace the weird now. Because we think she’s awesome.”

It's as if us adults have resigned ourselves to live at only a fraction of our actual potential in order to “make it in the real world.” A world where we have constantly been trained to look outside of ourselves for permission and validation?

But isn't it possible to strike a more fulfilling balance between work and play…between being authentic and being polite…between spontaneity and responsibility?

Reflect back to the two scenarios of our imaginary character Audrey…which one of them could you relate to? How did each one make you feel? What one made you feel inspired?

There are so many things parents…and all adults to be frank…can learn from children. One of the biggest lessons is that young children show up authentically. They don't dull their own light. They don't think their ideas are stupid or unrealistic. They love without expecting anything in return. They are kind and say hello to strangers. They are honest.

Now, of course I am not demonizing conformity or discipline. It certainly has useful purposes, especially as it relates to establishing some semblance of law and order. It also likely had some key evolutionary survival functions as well.

However, the achievement of excellence and innovation does not usually hold conformity or caring what others think as cherished values. If we look at outliers like the Wright Brothers, Albert Einstein, Susan B. Anthony, Martin Luther King, Gandhi, Jane Austen, Copernicus, or even Madonna…they all held strongly to their authentic selves in the face of incredible adversity and pressure from other people.

By caring too much what other people think, we create the bars of our own mental imprisonment. If that seems dramatic, just look at the statistics of mental health disorders in the United States. America is one of the wealthiest countries in the world, yet has one of the highest rates of depression.

Something is going on here. I can't help but speculate that the constant micromanagement of our emotions and the continual shutting off from ourselves, coupled with increasing social and economic pressures plays a role in this phenomena. At the very least, it seems worth investigating the link between authenticity and joy…

Here is the biggest take home. That creative, authentic spark you experienced as a child is still there. That is what you can learn from your children.

If you don't have children of your own, offer to borrow someone’s and babysit for a while. Notice how most young children under the age of 5 (before they become of school-age and are subjected to even more cultural and social conditioning) are present, loving, creative, and authentic. They do not get in the way of acting out their great ideas by creating a list of pros or cons or making excuses of why it would never work. As Nike wisely says, they “just do it.”

People will tell me their deepest desires and then create an 20-30 minute monologue of all the reasons why they can't take action towards their dreams.

I get it, it can be hard to not care what others think for social and biological reasons.

The need for social approval has been deeply conditioned in us. One theory even postulates that being in a group was integral to a person's survival in the cave-man days.

There also are biochemical processes that occur when we experience an embarrassment or perceived rejection. The same parts of the brain that light us as if we were experiencing a physical pain, light up in these emotional painful situations as well. So there is a biological component behind not taking authentic action.

However, the following notions can be helpful in outsmarting our biochemistry.

“This too shall pass. It may pass like a kidney stone, but it will pass.”

Just being aware that you are likely to experience temporary emotional discomforts when being your authentic self and going after what you want does help take the wind out of its sails.

When a person realizes how temporary emotional states can be and that emotional discomfort actually says nothing meaningful as to whether or not you made the “right” decisions or if you will fail, it helps people take action from a less personal place.

After all, any emotion is literally just a burst of electrochemical activity in your brain that we then assign a meaning to. I repeat, humans have determined what our emotions mean: labeling some as “negative” and others as “positive”!

1. Our brains are built to change.

The brain is plastic! Woot, woot! This means we can learn to put less attention on our fears and desire to please others. Over time, the strength of the thoughts we have around the importance of pleasing others will get weaker and weaker.

2. Recognize the Spotlight Effect exists for everyone.

And here is the cold, hard fact. People really don't care about what you do, as much as you think they do. Ironically, people care most about themselves and what others think of them. Just google the spotlight effect.

Of course, we are social creatures. Therefore, starting to socialize more with people who value the same things as you such as personal growth, risk, authenticity, etc., can be immensely helpful in acting as a buffer to the stress of putting yourself out there more.

4. Acknowledge the bigger truth and perspective.

Another cold, hard fact. 105 people die every minute. I am not trying to be morose, but it's true. Your someday may never come, unless you turn your somedays into todays.

In closing, you don't have to run through the grocery store in your 3rd grade power-ranger costume, but…give yourself some time to reflect on ways you can bring more of that childhood spark to your everyday life: your relationships, your work, your hobbies, and even to the raising of your own children.

[Challenge] Stop arguing for all reasons why you can't be the person you are or have the things you want in life.

Go back to the Dreams you've given up on list. Are there any of these you'd really like to see happen? Set an intention and take the first smallest step you can think of towards that dream.

And if you get stuck, ask a young child what they would do.

This was inspiring and I enjoyed the article. I agree with the concept of how children can change a parent. I’m learning how to be a better parent everyday, and it helps to read the good advice you guys offer. Thank You.

I am Tracy. I am on Day 4. I fully intend to write this list when I get home because I’m committed to this process of the 30 Days of Brave. What scares me (sitting here waiting on my 11 year old granddaughter to get out of school in her lady day) is what if the PTSD won’t let me remember those dreams when I go to write the list? These are the scary things thoughts that hold me back and the reason I began this challenge. I want no more of these foreboding thoughts! I’m working towards my first thoughts to be positive ones like, ” Oh, this dream assignment is going tho be a blast! I can’t wait tho get home and grey started!” Thanks for reaching. …stay tuned in for bravery…

As a high school student that deals with an anxiety disorder I found this very inspiring and applicable! Thank you for the advice and the well-written article!

Thank you so much for the article! It’s really inspiring. I was bullied as a child for being quirky, but I always stuck to it. This sounds like my childhood.

I am Jeanette , a mother of three . Nothing strange there ,however these three children have taught me many valuable things that I try now to embrace in my own life. I have two daughters and one son . my eldest daughter has learning difficulties on the severe end . she finds something to laugh at in the toughest times , she searches for rainbows after it rains , she loves to splash in puddles and I love running and jumping in puddles with her .she has taught me to search for that inner child inside me .

For me right now to tap into my
inner child is to take time and color. I bought a coloring book and a big box of crayons. I am just going to let my creative juices flow and let my mind just chill.

Your invited!
Join the new Intention Inspired network.
Inspiring courses with a supportive community to safely dive deeper into your beautiful self.