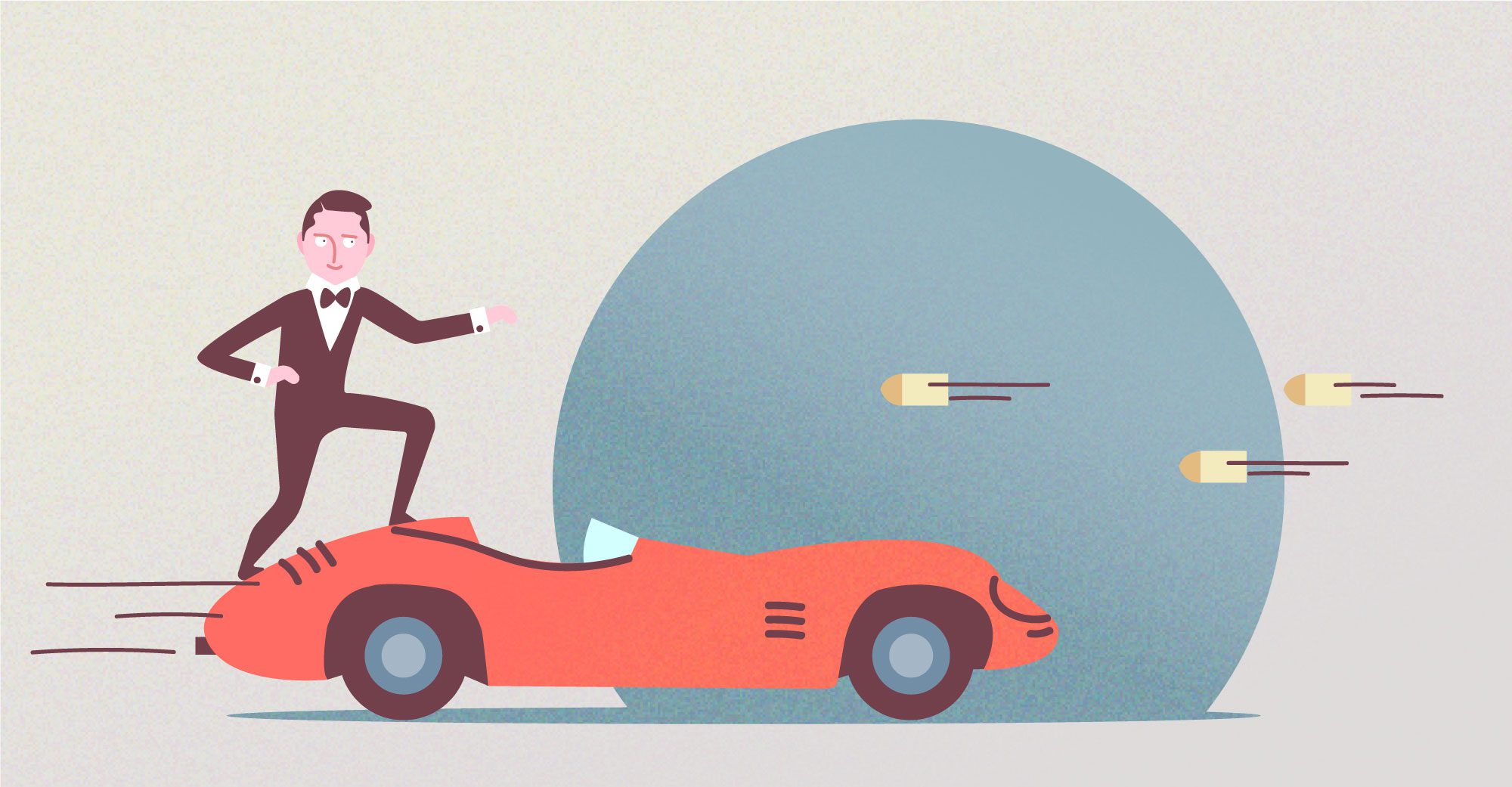 “Now I’ll give you something to believe. I’m just one hundred and one, five months and a day.”

“I can’t believe that,” said Alice.

“Can’t you?” the Queen said, in a pitying tone. “Try again: draw a long breath, and shut your eyes.”

Alice laughed. “There’s no use trying,” she said: “one can’t believe impossible things.”

“I daresay you haven’t had much practice,” said the Queen. “When I was your age, I always did it for half-an-hour a day. Why, sometimes I believed as many as six impossible things before breakfast.”

In Lewis Carroll's Alice’s Adventures in Wonderland, the world as Alice knows it is turned upside down. Flowers talk (and don’t say nice things), tea parties are eternal, and little nibbles of something labeled “TASTE ME” have big consequences.

Alice is adventuring in the impossible, and she’s finding it hard to adjust. Although the Queen’s words about practicing believing impossible things gives rise to chortles, she makes an interesting point. Even a relevant point with scientific backing.

Our brains are far more malleable than we give them credit for. Even as adults, we can change the way we think and perform. At the root of making these changes is our mindset. (1)

Based on research by Carol Dweck, there are two categories of mindsets: a fixed mindset and a growth mindset. When we’re in a fixed mindset, we think we’re good at certain things and bad at other things, neither of which can be helped. Our abilities are innate. In this mindset, we don’t seek challenge, and we look for examples of people who perform poorer than us so we feel better about ourselves.

In a growth mindset, we believe improving is a life-long journey. We believe our performance is dependent on how hard we work; we prefer feedback on how we can improve as opposed to praise; and our brains light up when presented with a challenge.

A fixed mindset sucks motivation, whereas a growth mindset feeds motivation. Every person we can think of as successful – Elon Musk, Martin Luther King, Steve Jobs, Tim Ferriss – experienced failure on their way to “success.” Had they been in a fixed mindset, that initial failure would have communicated their worth and value. None of them would have continued.

Instead, they approached life from a growth mindset. They believed in the impossible, and they believed in themselves, no matter what obstacles they encountered. This power – the power of belief – is completely within our control. We can choose our mindset, train our perception, and ultimately cheer ourselves towards the finish line.

Some might say we’ll never get there (“there” being whatever we’re trying to accomplish) without believing we can. Brad Henry, former Oklahoma governor, put it this way: “Believe in yourself, and the rest will fall in place. Have faith in your own abilities, work hard, and there is nothing you cannot accomplish.” (2)

Here are some helpful tips for training your mind to believe the impossible.

Say it out loud

The power of affirmations

“I am a strong, capable, valuable person.”

“I can overcome any challenge thrown my way.”

If you’re looking to step into a growth mindset, to believe what you might previously have thought impossible, it helps to say it out loud. Practice each morning in the shower. Pick one affirmation and say it loud and proud. Don’t worry if you feel silly at the start, or if you don’t completely believe your words. That will come. Start with the practice and see where it leads you. Words have power. Start by believing in the impossible right now: affirmations can change you!  Don't believe us?  Take the Brave Challenge and find out for yourself!

When seeking to accomplish the impossible, we want to go from zero to sixty in record speed. We don’t always realize or accept “success” as a long game.

We need to count our wins along the way. Keep a gratitude journal and write down three different things you’re grateful for each day. Keep a list of all your small victories. Did you make a website for your new business? Call someone you’ve been at odds with and apologize? Put money in your savings?

Praise your process over your “talent” or “intellect.” When kids receive feedback on a school test praising their effort over their abilities, they’re far more likely to pursue future growth opportunities, thriving on improvements. Similarly, if a child were to receive a failing grade, but instead has “not yet” written on their exam, they’re also more likely to develop a growth mindset. A failing grade speaks to their worth. “Not yet” speaks to their opportunity.

Each step along the way counts. As you seek to improve, don’t forget how much you’ve already accomplished just by getting this far.

We’re quick to shoot ideas down – ours and other people’s – but what if we practiced believing instead? Every time someone shares a new idea, or you think of something, don’t jump to judge. Instead, say, “Huh. That’s an interesting idea.”

From there, dig into it. How can you relate your previous experiences in a way that informs potential outcome? What iterations can you think of? And, at the end of brainstorming, can you still hold a steady belief that it’s possible?

Each morning, take at least 10 minutes to journal. Write about your dreams, creative ideas, your emotions, relationships, anything. Notice when you write things as if they’re fixed. “I wish he wouldn’t talk to me that way, but that’s just how he is.” We do it to other people, ourselves, and our ideas. As you notice your fixed views, challenge them. Is that really true? See it as an opportunity to delve into your own mind and reflect on how you think with just a little distance.

Additionally, journaling about your inner life will encourage creativity and mental connections. This, too, will lead to deepening your growth mindset.

We can all accomplish the impossible, and it doesn’t exactly take “faith, trust, and pixie dust.” All it takes is practice, and, according to the Queen in Wonderland, a long deep breath and closed eyes. I think you can. Do you?

I SHARED your knowledgeable words in a few places. I do believe we can accomplish things we long for but it will take time and patience as it did and is doing with me in my rare collectable Makeup Collection project I’ve been working on for almost 3 years for a future YouTube video. Now I declutered a room that for years I couldn’t do anything with because it was a catch all/ laundry storage room. My friend helped me empty it out it took weeks but finally got done. I purchased a Pet carpet cleaner cleaned the rug like new and I’m currently finally building the IMPRESSION VANITY GLASS Table Top I purchased almost 4 months ago and moved two book shelves by myself into the room for display purposes. So I’m slowly but surely getting there. But it took time and determination to collect and work at it through eBay and other websites constantly. Keep the faith. God bless.

Wow Evelyn! The dedication to these projects is impressive and proves no matter how “impossible” the task may seem at first, YOU CAN DO IT! Love these types of success stories. Thanks for sharing <3 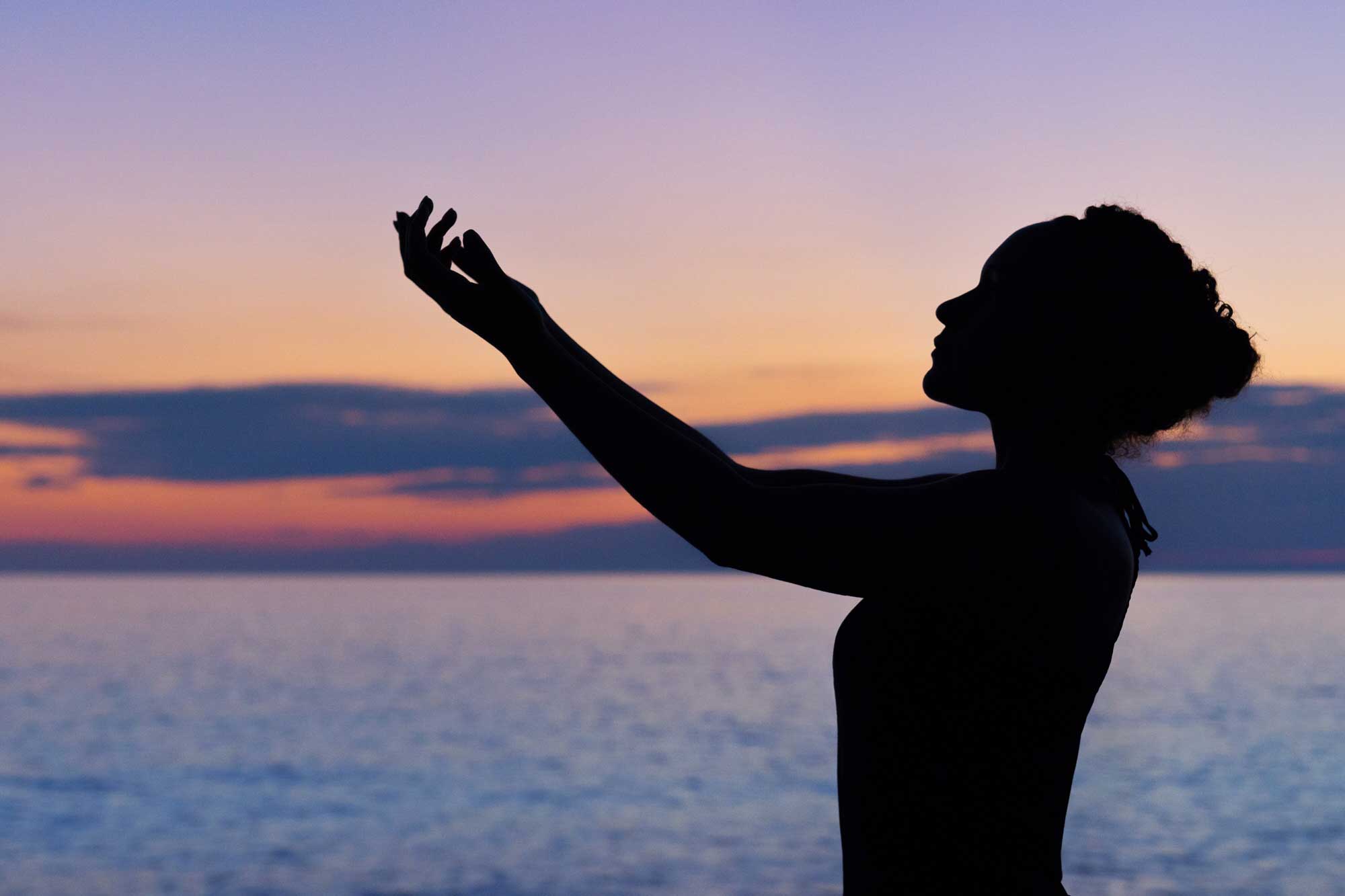 I am Compassionate Meditation