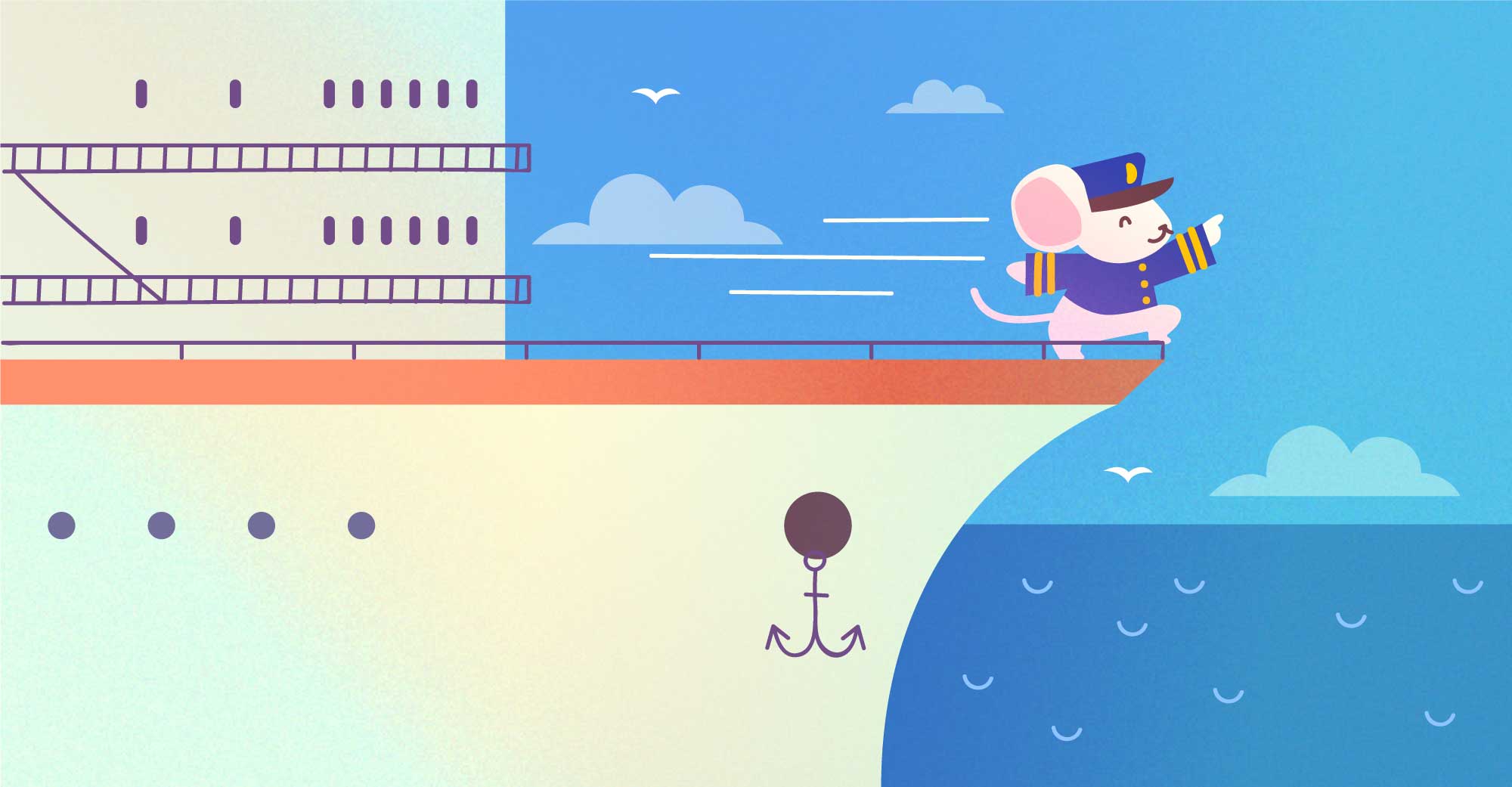 Although leadership can take many forms, we often think of leaders as people who are successful in business. Previously, this concept brought to mind people rising to rapid career success and riches through being arrogant, demanding, and for lack of a better word, prickly. You know those “strong” personality types.

In the 1987 movie Wall Street Michael Douglas's character famously asserts that “Greed, for lack of a better word, is good.” This symbolized the attitude of selfishness and looking out for only oneself that did dominate much of 20th-century business dealings.

However slowly, research studies and the culture at large has begun to question the validity and efficiency of such an approach in leadership of all forms.

Books like Good to Great by Jim Collins emerged in the early 2000's. In this pioneering work, Jim coined what he calls Level 5 Leadership. This type of leadership he reports is found in great leaders and is what separates the great from the mediocre. With that Jim asserts that leaders who are humble and also keep their focus on what's best for the company are Level 5 Leaders. Even the Harvard Business Review has found evidence to support Jim's claims. The best leaders are humble leaders, indeed.

And it is also worth reiterating that successful leaders are not only found in business. Parents are also leaders. So are team captains, officers of community organizations, psychologists, teachers, spiritual authorities, scientist, and adventurers, as well as political figures. All of these positions involve possibilities for great leadership to positively affect their constituents and the world at large.

Whatever arena, leaders share common traits. Leaders do more than manage other people, leaders provide direction. They create a compelling and inspiring vision for the future and are accountable for bringing a group of people together to work towards that shared vision. (1)

And contrary to ruling by control, fear, or other facets of “strong” personality types, it is actually the intention of being humble that is a key component to inspiring and effective leadership. There are several definitions of humble. Some of which denote being of lesser socioeconomic means such as “humble” beginnings. Yet the way we here at Intention Inspires are using the word humble is in a completely different way. To be humble involves the process of reflecting, expressing or offering [oneself or information] in a spirit of respect.

“True humility, scientists have learned, is when someone has an accurate assessment of both [her or] his strengths and weaknesses, and [she or] he sees all this in the context of the larger whole.” -Washington Post Humility then, is about being not only modest, but honest about one's skills. And although common sense would tell us that leading with arrogance, aggression, or disrespect does not facilitate the best possible results or inspire cohesion within a team, one reason why we may not initially think humility when we think of great leaders is because of the various definitions of humble as stated above. We usually correlate being humble with being weak.

But ironically, it takes strength, courage, and intelligence to be a humble leader. To admit when you have made a mistake. To admit when you don't have the answers and invite team members to brainstorm alongside you. This creates an empowering group dynamic.

There is a plethora of research to support that being humble is a key trait of great leadership.

Here are just some of the many benefits of being humble: The humble person knows the truth of the fact that he or she does not know it all. Intellectually humble people have a passion to learn (2). They embrace the unknown instead of fearing it and harness the power of collective minds. This leads to not only more possible solutions but also increases the likelihood of more creative solutions due to the sheer number of greater ideas being brought forth.

Those that value humility experience more rapid personal and professional growth. It takes humility to seek out mentors, coaches, and teachers. This can greatly accelerate one's own learning curve, allowing the person to learn from the mistakes of others instead of going through the entire process of trial-and-error themselves, or as we say prevents leaders from always having to “reinvent the wheel.”

Humble leaders do not derive their sense of self-worth from putting others down and thus exhibit more prosocial behaviors (3). They are not power hungry and recognize there is a cause greater than themselves. Thus, the people around them are more motivated to contribute because they feel more valued. By admitting one's own limitations, it gives others the courage to do the same and promotes a truly collaborative, inclusive environment where people are able to shine and fill in the gaps of one another's strengths and weaknesses.

With that, you'd think humility would be more common by now. Yet here are some potential mental blocks and hang-ups people have that prevent them from being more humble:

5. It will weaken one's authority.

Let's reflect on the definition of power for a moment. Power is the capacity or ability to direct or influence the behavior of others or the course of events (4). Power is what authority is all about and studies have shown that it is the followers of humble leaders that are more motivated, work harder, and consistently give their best. “They know their leader is counting on them–and their input matters–so they rise to the occasion.” (5)

Being humble doesn't diminish authority, it enhances it. It allows for greater flexibility in how leaders exert their power. There may be times where humility is required and other times where a “tough love” approach is needed. This ability to better read what a particular situation calls for also benefits the whole.

6. Great leadership skills are the result of fixed personality traits or talent.

Less humble leaders likely engage in a fixed mindset. This means they are very hard on themselves and others and value perfection over progress. They believe that things such as talent, skill, or intelligence are something people are either born with or not. They have a tendency to brag about or document their own talents and intelligence instead of focusing on continued improved. Of course, the problem with this mentality is that exceptional talent isn't born, it is made. It's made through hard work, practice, and continual learning (6).

7. Identification with the ego. It seems to me that people with a habit of being intellectually arrogant stake their identity and sense of self on being right. They believe who they are at the core is the same thing as their job title and position, thus they tend to strongly identify with their egos. The problem with this approach, of course, is that when a person so strongly correlates their sense of self with outside factors and “being right”…the person will exert a lot of effort defending and protecting that facade. This wastes time and energy that could have otherwise been spent working towards goals and achieving the greater vision.

Not too mention, identifying too strongly with the ego may result in the leader “getting rid of the competition” and firing people whose abilities intimidate or threaten them. This lack of genuine, inner well-being thus affects not only the person's mental health but can stymie organizational progress as a whole because the best people for the job are not put into those positions. Further, the need to be right all the time results in fiery one-sided debates where no new solutions are achieved instead of open and collaborative dialogues where new solutions can emerge. (7)

In closing, what may have worked in the 20th century, for the most part, does not work well in our current society. Today's world requires us to solve complex challenges creatively. This necessitates speedy innovation, flexibility, personal and professional growth, and teamwork.

The truth is, no person is right about everything all the time. No one person has all the answers. No one. It just isn't scientifically logical or possible. Even great leaders such as John F. Kennedy make mistakes such as was demonstrated with the Bay of Pigs. His reputation did recover from that oversight, however, demonstrating that a dose of humility can go a long way.

[Mindful Moment] Are you brave enough to set an intention to be humble this week? In not only your work life but it in your personal life as well? What positive outcomes could arise from being more humble, from realistically assessing your own strengths and weaknesses?

If you want to inject more humbleness into your everyday life try our 30 Days of Mindfulness Challenge with your Intention Inspired subscription. We're pretty sure it will help you do just that.

Your invited!
Join the new Intention Inspired network.
Inspiring courses with a supportive community to safely dive deeper into your beautiful self.